An engraving on the side of the hut (chata) at the top of this hill proclaims that what Mecca is to a follower of Mohamet, Říp is to a Czech : “Co Mohamedu Mekka, to čechu Říp”.

You are likely to find the contrast fairly stark considering that about 3 million people set out on hajj every year and that several hundred can be trampled to death during the five to six day pilgrimage, which will incidently cost the participant upwards of fifty thousand crowns. Climbing Mount Říp on the other hand, will require minimal effort, an hour and a half of your time and forty crowns, only if you wish to enter the rotunda at the top. Some “pilgrims” may be enjoying a refreshing drink at the top but your ascent could well turn out to be a solo expedition. The one comparison that can be made with Mecca however, is that though some may never do so, it is said that every Czech should climb this hill at least once in his/her lifetime.

Detailed itinerary : Follow the blue trail markers from Mnetěš all the way to the top of the hill. The flat road becomes a wide track until you arrive at pod Řípem where red, blue and yellow trail markers merge (These first 2 Km are easy). 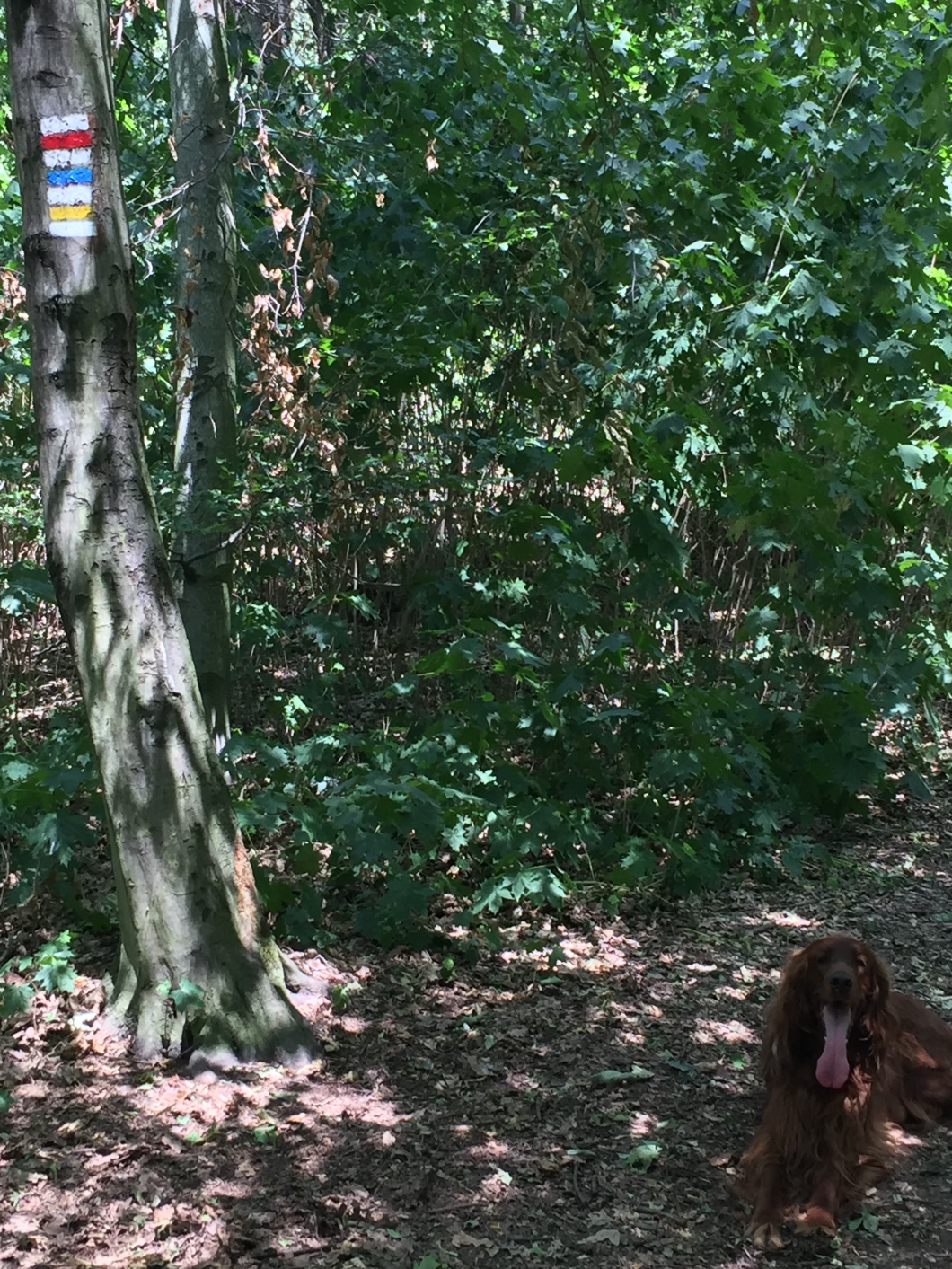 Then you will go left and commence a steep but relatively short ascent (0,5 Km) on a more narrow, forest path. We did this short hike at the beginning of July and did not meet a single walker until we got all the way up to the top. Therefore, if you climb via this recommended blue trail, your dog can be off leash all the way, until you arrive at the chata. It is also the prettier access route. Most walkers access the top via the easier, more direct, red and blue trail, coming from Ctiněves. 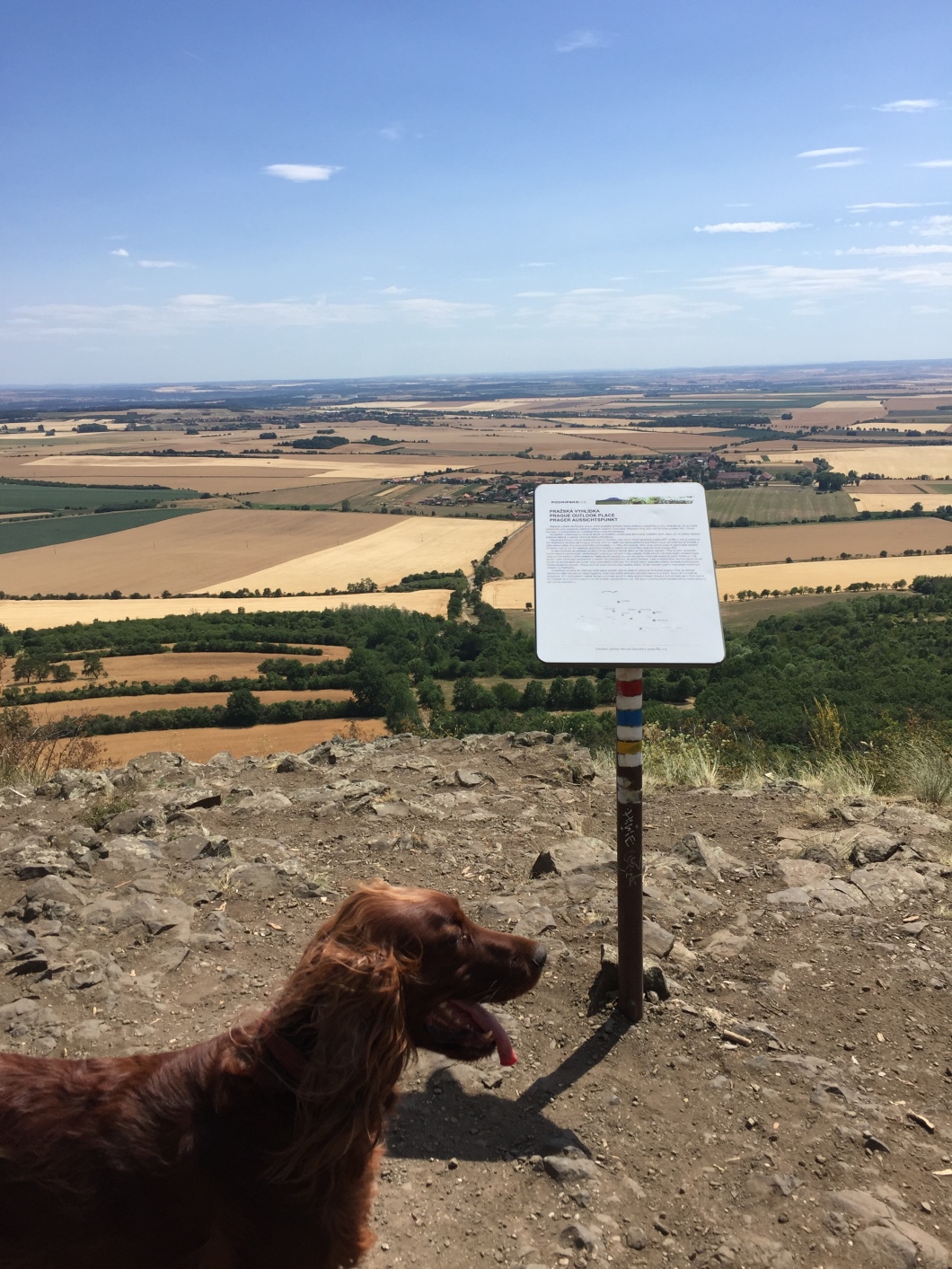 Before long, you will reach the top (about 25 minutes) and see the aforementioned inscription on the chata wall : Co Mohamedu Mekka, to Čechu Říp ! 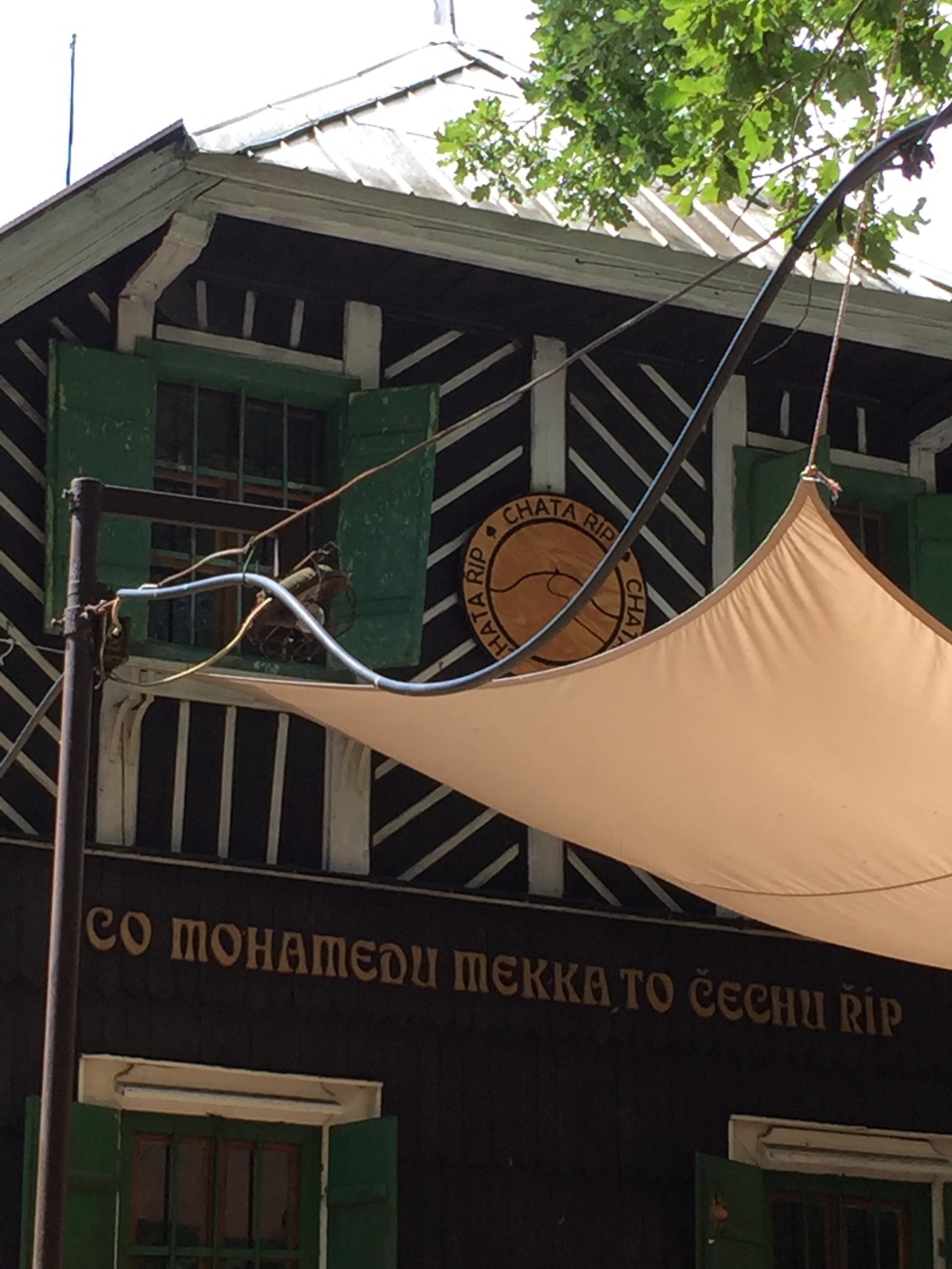 So why might Mount Říp be as important to a Czech as Mecca is to a follower of Islam ? Well it is said that at the beginning of the 12th Century, Forefather Čech (who incidentally gave his name to the land), led the first Slavs here, and it is upon this promised land that they first settled. In the 16th century, Václav Hájek, on reviving the legend, also claimed that Čech was buried in the nearby village of Ctiněves. 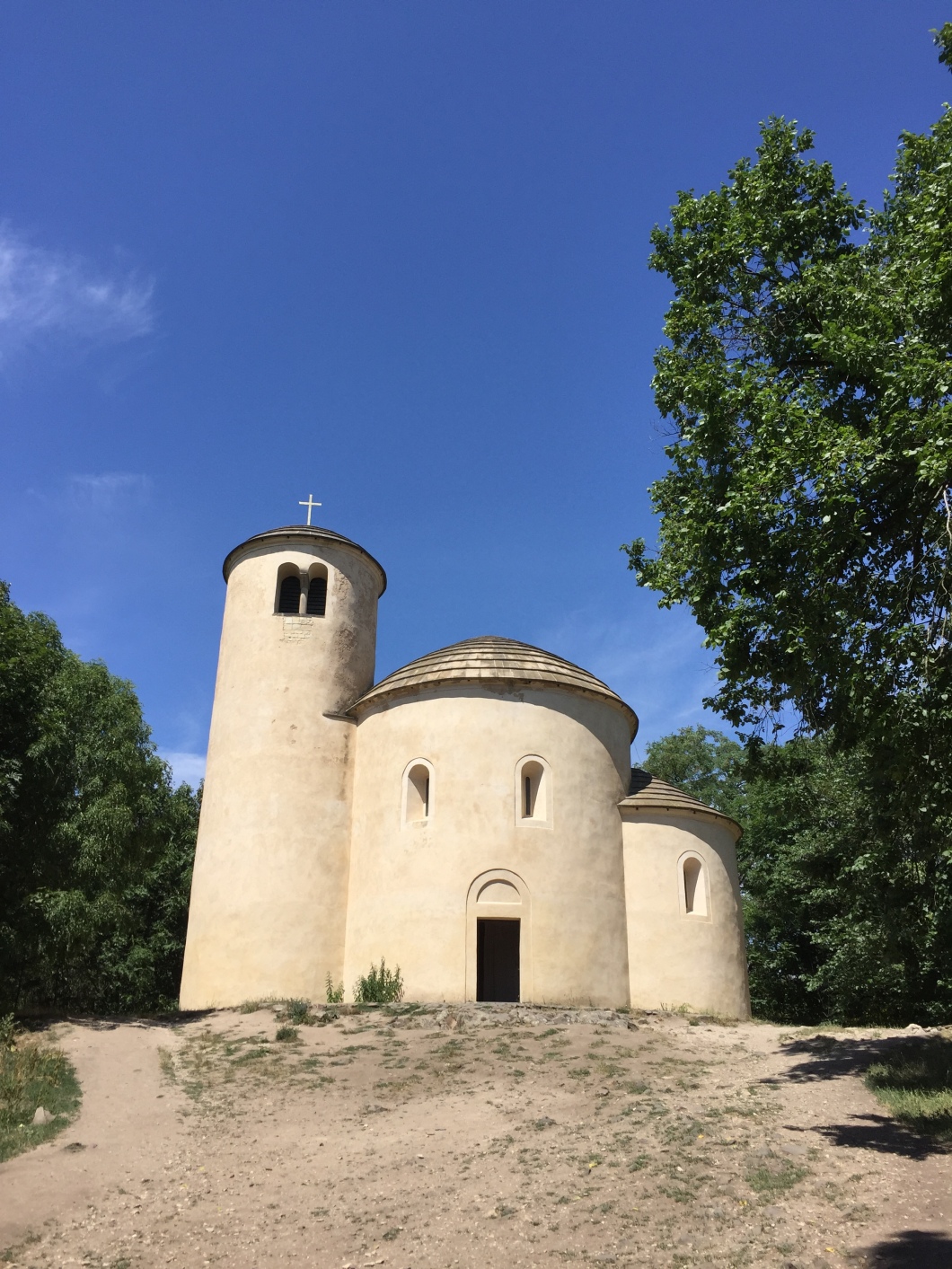 Before settling down with a refreshment at the chata, you can admire one of the oldest buildings in the Czech Republic. The Romanesque rotunda, built in 1126 was erected as a memorial to the victory of Prince Sobeslav at the battle of Chlumec. It is known as the rotunda of St Jiři i.e. St. George. Should you wish to enter, it costs 40 Kč and the visit literally takes two minutes so your pup will not have time to feel lonely, waiting at the door. The only thing to be seen is a stone sculpture by Bernard Otto Seeling, of George and the dragon.

For variation, you can descend via the small road directly opposite the chata. At the bottom, do not go straight on, turn right and follow the path round the foot of the hill, back to the blue trail markers in order to return to Mnetěs, should you have parked there. However, it is also possible to return to Prague by public transport from Ctiněves, if you prefer.

We hope you have enjoyed your walk. Leave a comment in the reply zone if you wish.

Fun fact : a stone taken from Říp was used in the foundations of the modern National Theatre of Prague which was built in 1968.