Just a couple of days before Christmas, I decided to postpone, yet again, a trip to see the Christmas tree in Old Town Square. Instead, I circled a couple of more fortunate, prominent trees on an ordinance survey map and found an itinerary which would allow us to pass both of them.

Just 30 minutes from Prague, this beautiful hike of “moderate plus” difficulty will take you up rocky forest trails and over grassy plains, where you will see two interesting trees and as a bonus, encounter my favourite animal ! No, surprisingly it’s not an Irish setter ; though it IS the same colour.

Detailed description : After the orange house on K Třešňovce (49°56’18.649″N, 14°15’56.199″E), head up to the left, following green trail markers. When the trail splits, climb the steep incline to the right, picking up yellow/green markers. This rocky trail will lead you past a judiciously placed bench and table which boast a glorious view of the neatly defined fields below.

Keep following yellow trail markers. Once you have descended onto a wide forest path (after passing a chata forest hut to your left with a stream to your right), be careful not to miss a steep, meandering path on your left. There is no indication that you need to go left here, but basically, should you go as far as the line of wooden beehives, bordering a cul de sac to your left, you have gone too far and must return and take the first steep trail heading up to your right. This incline will lead you to Dub U Nové Vráže where you will find an extraordinary tree. The trunk of the tree is entirely hollow and a narrow crack in the bark will allow you to see right inside. At several intervals, where boughs have been cut or huge knots once were, holes which would have allowed a person to climb right inside the hollow trunk, have been boarded up by wooden planks. Despite the hollow base, deep reaching roots and healthy boughs which extend further up the tree have allowed this tree to continue to flourish magnificently. 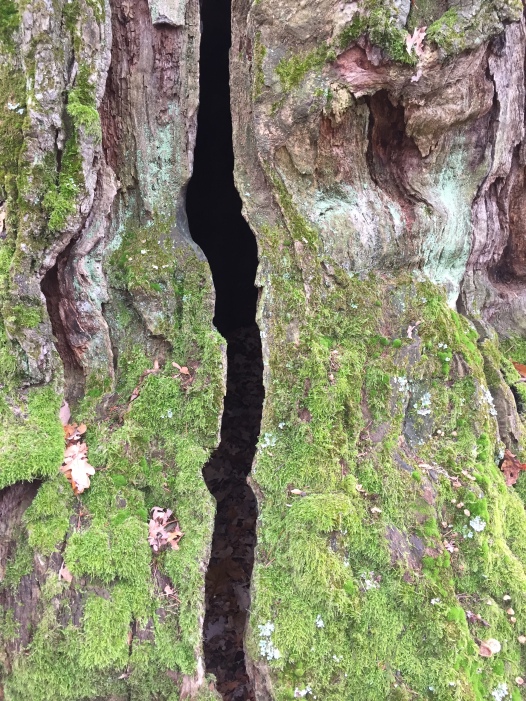 At this tree, you must follow the forest path going left (yellow markers), and this path will lead you up to yet another significant tree. A plaque detailing the decision to officially record its status has been erected at the location. Then go left along a path bordered by fencing. Presently, allow me to introduce you to my favourite animal ! Robust, adaptable and easy to please, these beautiful cows enjoy life outdoors, all year round, like me! Not just any old cow, Highland cattle originate in Scotland. No further explanation is therefore necessary as regards their inherent ability to put up with unfavourable weather in all seasons. In colour, they can be black, light brown or more commonly, mahogany red. The adults have long, shaggy hair like an ill-groomed irish setter, whereas the calves’ coats appear to have been knitted, trousers included. Despite an off-putting set of horns, this breed is generally good-natured ; even friendly.

So perhaps significant trees are not your thing, however one may be inclined to admit that sighting a herd of Highland cattle outwith Scotland or the U.S. is something of a rarity and may just make your walk worthwhile. 😃

Head down the track, cross the road and go left towards the bus stop. You have arrived at U Kapličky. Then head up the street on your right, which eventually becomes a forest path. Trail markers are scarce and once at a junction where felled trees have been piled, you must go left despite the fact that no signpost offers any guidance. Follow the re-appearing yellow trail markers all the way to U Louže. In Winter these paths can be very muddy however this short section of the hike is also included in another of my trails, ZaK’s Monster Challenge, thus I know that in Summer, these grassy plains offer a divine and peaceful picnic spot.

Go straight on at U Louže (yellow) then after the fenced property on your left, where the path you have been following veers right into the forest (choice of three paths), be careful to take the narrow path, furthest to the left. This pretty trail joins up with a blue trail. Go left. At the bottom of the path, go right (yellow). You will see that some foxes have entrances to their dens along the high earth embankment. When you reach the following signposts, (intersection of yellow/red) go straight on, following red markers. Once at the street Lesní, abandon the red markers and venture down the short, steep forest trail  towards the football pitch (turf). Go right into the forest and follow yellow markers until  you arrive back at Krásná Stran Sedlo, where you must switch to green markers going right and you will descend to the street where you parked earlier.

We hope you and your dog(s) enjoyed the walk. I would be grateful if you could scroll down and leave your comment in the reply zone. Cheers ZaK and dog. 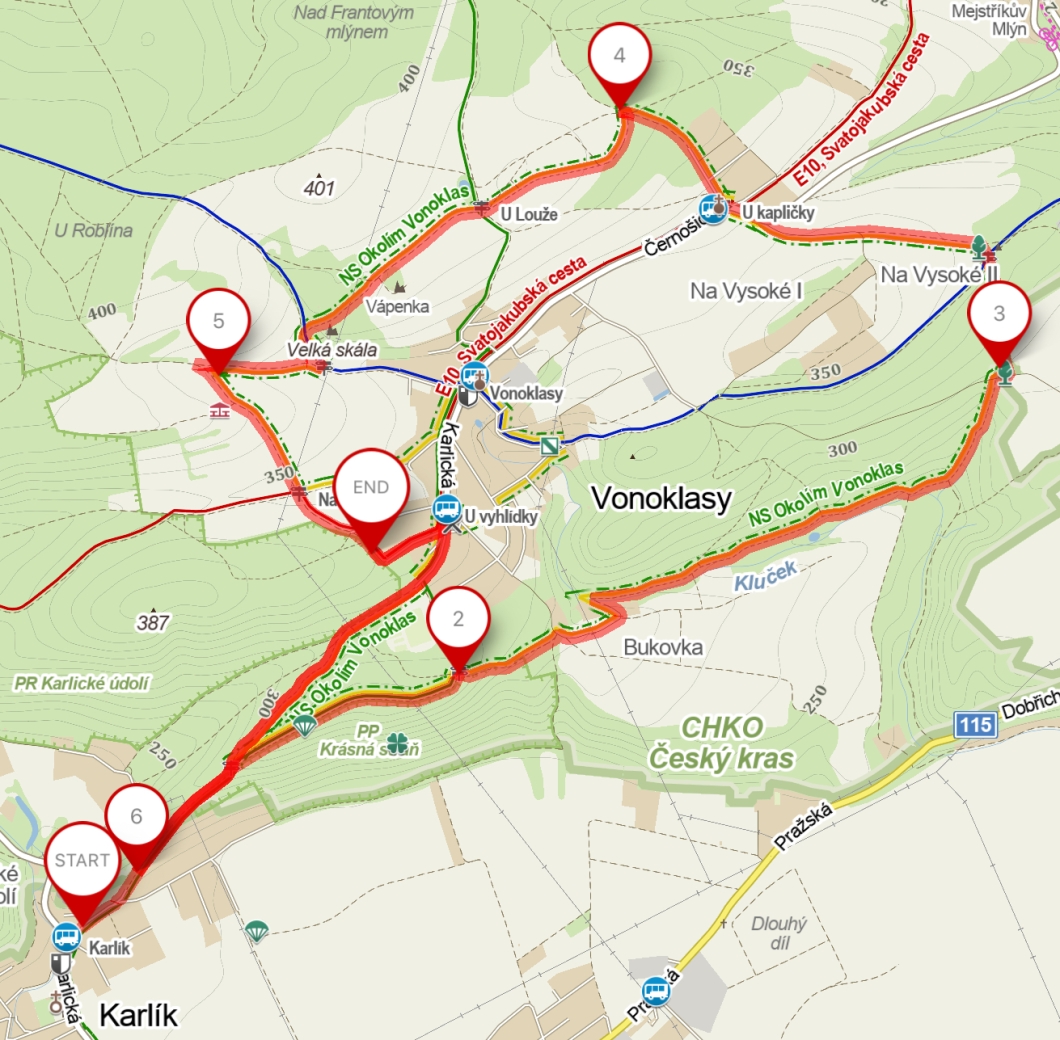